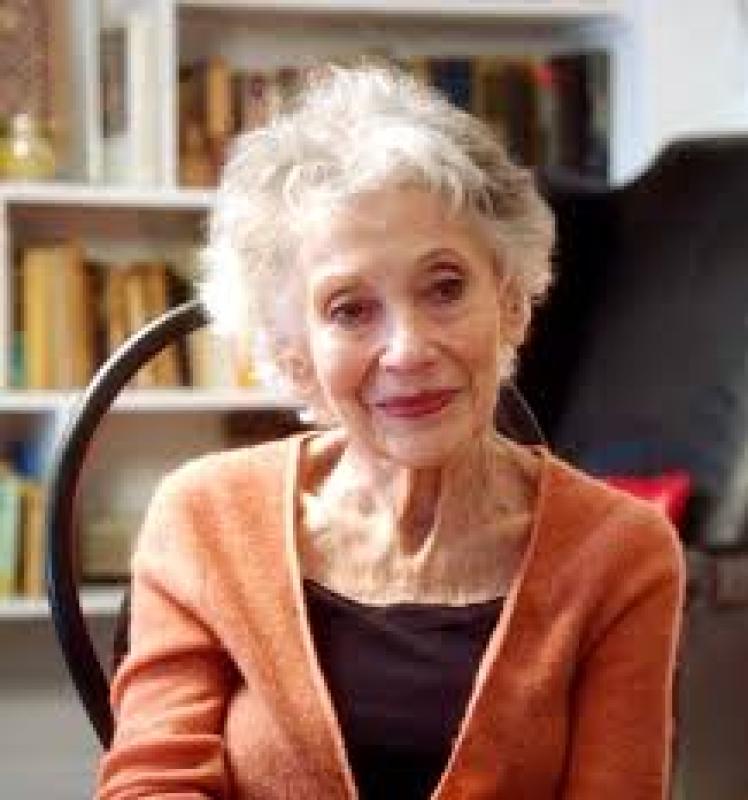 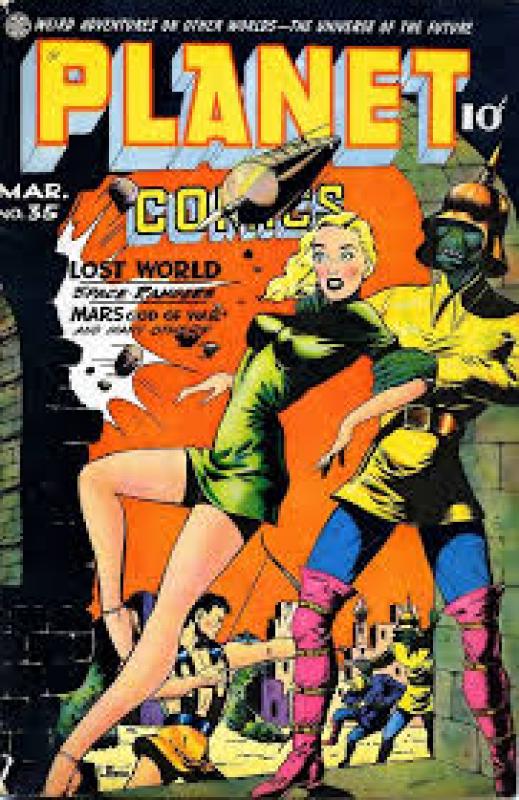 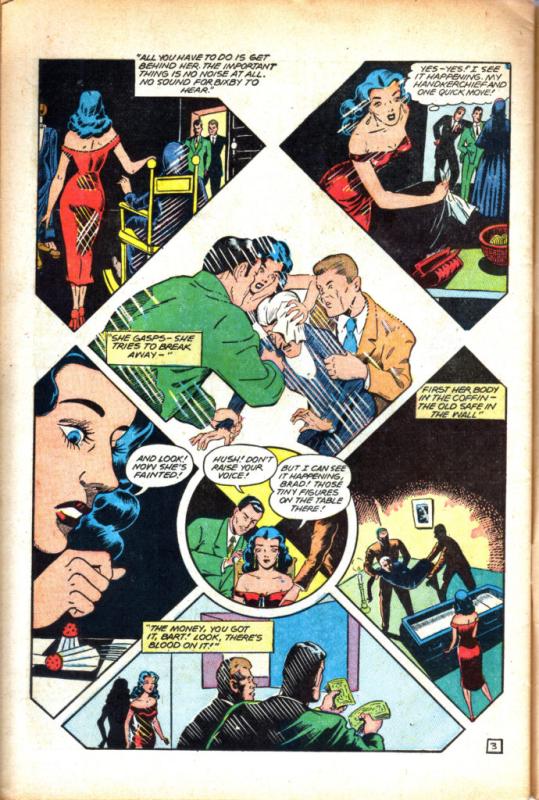 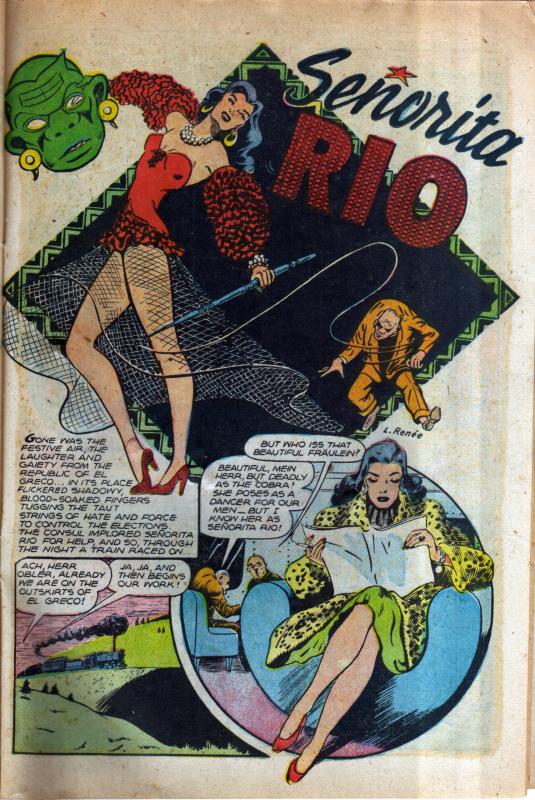 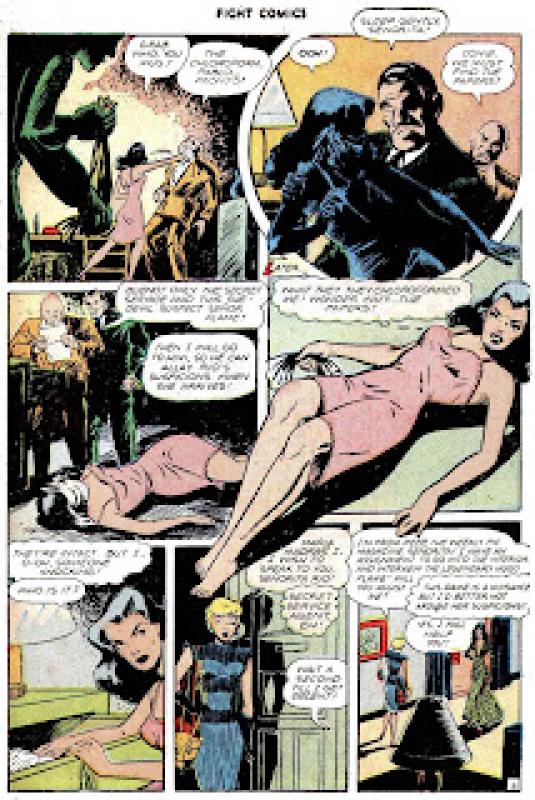 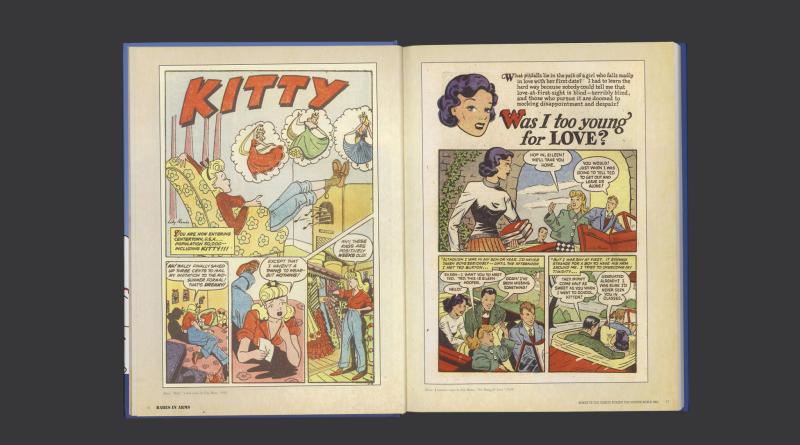 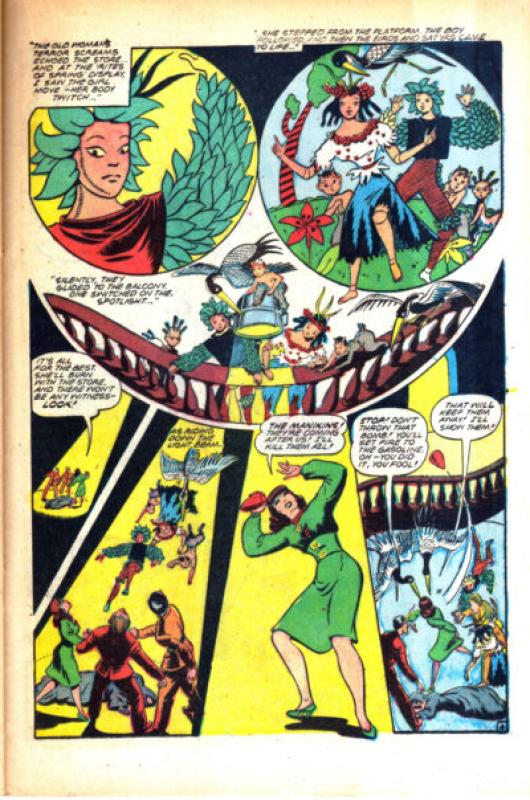 Lily Renée Phillips, the pioneering artist for many Golden Age adventure titles, has died at the age of 101. She was one of the first women comic artists of the Golden Age.

Lily Renée Phillips was born Lily Renée Wilhelm in Austria to a Jewish family. After the Nazis occupied Austria in 1938 the British set up the Kindertransport program taking at-risk children out of the country. Phillips was taken to and spent two years in England. Her parents escaped to the U.S.in about 1940. At age 16 phillips joined them there in New York.

Phillips was a talented artist and, STILL A TEEN AGER, began working in commercial art to help support her family, doing advertising and catalogue art. She took art classes at the Art Students League

often credited as L. Renée, Lily Renée, or Reney, she was one of the earliest women in the comic-book industry having answered to a classified ad placed by the comics publisher  Fiction House  who were  taken on women to replace  male artists who had been drafted into the forces for the war effort.

working as a penciler and inker on such features as  “Jane Martin” in Wings Comics, “The Werewolf Hunter” in Ranger Comics, and perhaps her best known work, the Nazi-fighting Brazilian nightclub entertainer “Senorita Rio,” in Fight Comics.  The six Fiction House comic book titles – Jumbo, Jungle, Fight, Wings, Rangers, and Planet – specialised in sensationalist stories with strong and beautiful heroines. – capable if scantily clad.  Phillips signed her work L. Renee rather than with her first name since then as now comics were predominately run and read by men, Phillips worked at Fiction House until 1948, then she and her then-husband, Eric Peters, joined St. John Publications, where Phillips drew the teen-girl strip Kitty and collaborated with her husband on Abbott and Costello comics. By the early 1950s, Phillips had left comics more or less for good. She had divorced Peters and a few years later married Randolph Phillips, with whom she had two children. She wrote plays, illustrated children’s books, and did textile and jewellery design.

Phillips was inducted into the Eisner Awards Hall of Fame in 2021.

(To me it is striking just how innovative and adventurous Philips was with page layout and frame design. It is an approach that few comic book artists paid any heed to.)